When I first tested a Kahr K9 pistol several years ago, I was so impressed I immediately adopted it as my “go-to” concealed carry gun. The K9 was as light and compact as many .380 pistols then on the market, and it provided 9mm punch. A .40 S&W version was also available, but I went with the lighter-recoiling 9mm version. I acquired an inside-the-waistband holster, but the gun was small enough to carry comfortably in my pants pocket. The gun was exceptionally reliable—critical for a handgun intended for self-defense.

Kahr now offers a dazzling array of .45 ACP, .40 S&W, 9mm and .380 pocket pistols. They’re very similar in size and heft, but features can vary considerably. Kahr pistols feature a locked-breech, delayed-blowback design very similar to that used on Browning’s famed Hi-Power pistol. However, Kahr pistols have no external hammer. Instead, they use striker-operated firing pins with passive firing pin safeties. Most of their models lack a manually operated safety. Those with manual safeties also have Kahr’s new enhanced trigger, which delivers a slightly shorter length of pull.

I was able to test two Kahr pistols recently—the PM45 and the CW9—which both have polymer frames. Kahrs with steel frames are generally easier to shoot because they’re several ounces heavier and absorb more recoil. But, in my opinion, polymer-frame models are the way to go. Recoil remains manageable and the guns are easier to carry.

In these guns, the slide runs on steel inserts permanently set into the frame. In addition, polymer rails help keep dirt at bay and aid in reassembly. Steel-frame Kahrs feature rails similar to those found on 1911 pistols. An offset feed ramp allows for a slim, 0.9-inch-wide slide in 9mm and .40 S&W Kahrs. The slide on the .45 ACP version is a hair over an inch wide.

The PM45 represents Kahr’s top-of-the-line offerings. In addition to match-grade polygonal rifling, P-series guns have front and rear combat sights that are drift adjustable. Night sights are an available option. They’re also shipped with two magazines. The CW9 is an “economy-priced” model that requires less machining. It also has standard-cut rifling and comes with only a single magazine. The front sight is pinned in place and is non-adjustable. The rear sights for both pistols are rounded at the corners to prevent them from hanging up when drawn from a pocket. The rear faces of the front sights are also slightly sloped for the same reason. 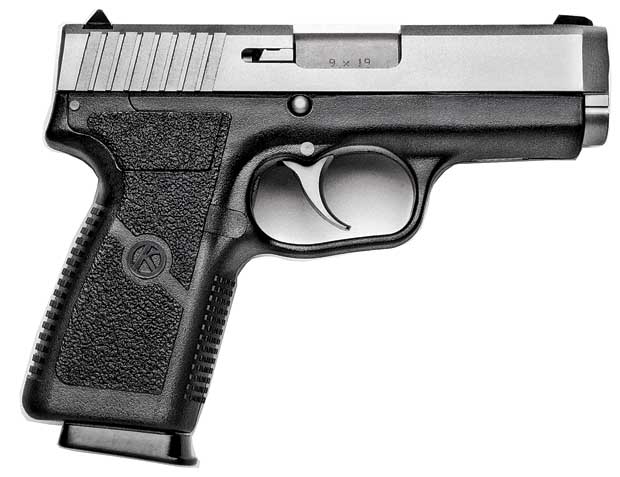 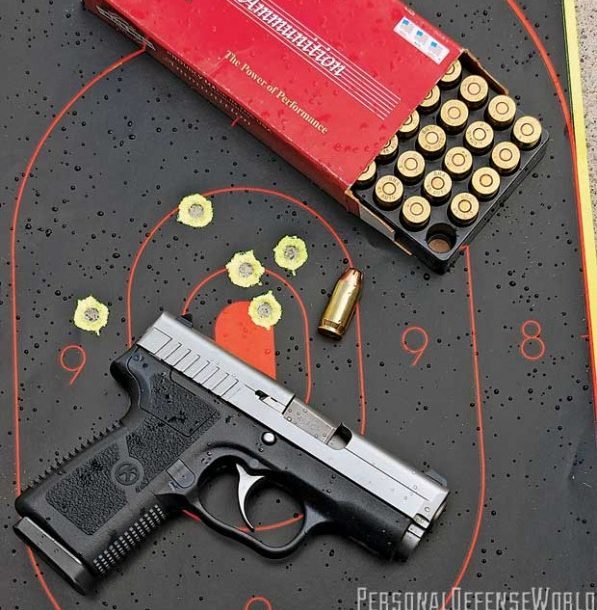 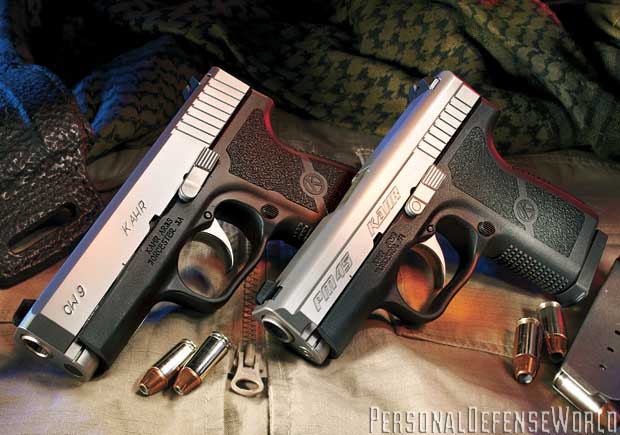 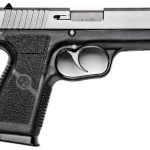 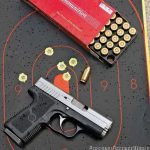 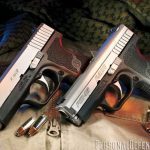 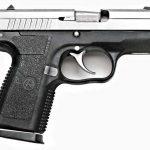 Testing defensive handguns necessarily includes firing round after round of mixed ammunition. Reliability is the top priority for these types of handguns. If they won’t feed and fire with monotonous reliability, they can’t be trusted when the chips are down.

My earlier experience with Kahr pistols was promising, but I still had to put these guns through their paces. After 200 rounds, it was apparent that the PM45 and CW9 certainly exceeded my expectations. Both pistols performed beautifully. After a short break-in period, the guns chewed through everything without a bobble.

The 9mm happily burned through all the ammo tested. This included 147-grain jacketed hollow point and metal-cased loads, as well as 115-grain +P jacketed hollow points and 147-grain Hornady JHP/XTP fodder. Incidentally, I wouldn’t recommend feeding either of these lightweight handguns a steady diet of +P loads. The guns don’t need the battering +P ammo delivers, not to mention the suffering meted out to your hands.

But both guns were pretty pleasant to shoot, regardless of the ammo I used. The grips kept the recoil low and moving straight back. The grips are also ergonomically designed for comfort and natural “pointability.” They fit me well and are extremely comfortable in my hand. The two Kahrs were mild-mannered enough to make shooting them a pleasure. Their sights were easy to see thanks to the contrasting white line and white dot reference marks.

The trigger action for both was smooth and easy to control, with only modest “stacking” at the end of the pull. According to my RCBS trigger gauge, the PM45’s trigger broke at an even 6 pounds, while the CW9’s trigger required 6.5 pounds of pressure.

I tested these guns for accuracy, shooting off-hand at 25 yards. That’s long range for a defensive handgun, but it’s good to know if you can hit your mark at that distance. The best accuracy produced by the Kahr PM45 came from Black Hills’ 185-grain JHP rounds. The average group size was an exceptional 3.67 inches. The Kahr CW9 liked Black Hills’ 124-grain JHP ammo the best, yielding an average group size of 3.75 inches.

One reason I like the double-action-only (DAO) pistols Kahr offers is how simple they are to operate. Like revolvers (the epitome of firearm simplicity), there are no manual safeties to fuss with. Simply pull the gun from its pocket or holster, point and fire! In close-combat situations, simplicity is good! Deactivating a manual safety requires an extra moment to think about it, then employing your thumb to do the job. Only then can you aim and pull the trigger. DAO autoloaders can be brought into play fast.

Another nice thing about the pistols Kahr offers is a broad selection of calibers—from .45 to .380 ACP—in guns of very similar size and heft. This gives buyers a wide choice of potent options. These guns were designed for easy concealment. They deliver heartwarming reliability and accuracy. For more information, visit kahr.com or call 508-795-3919.