This is a Special Edition pistol and only 1,000 will be made. Engravings on each pistol will include its number in the series, the TIG logo, TIG’s signature and the Beyond the Battlefield logo.

This limited edition firearm will be available January 2018. The first 50 guns (#1 – #50) will be sold as a three-gun sets. It will include this Kahr ST9, the Auto Ordnance Tommy Gun TIG model, and the Magnum Research Desert Eagle TIG model. These three-gun sets will also include the book 13 Hours: The Inside Account of What Really Happened in Benghazi, autographed by John “TIG” Tiegen, co-author, American hero, former GRS Operator and survivor of the attacks.

Part of the proceeds from the sale of each firearm will be donated to the Beyond the Battlefield (BTB) Foundation by Kahr Firearms Group, the parent company of Kahr Arms.

Beyond the Battlefield is a non-profit 501(c)(3) organization that John “TIG” Tiegen and his wife, Margaret, founded in 2017. Its mission is to provide support for wounded veterans as they face the many challenges encountered during rehabilitation, the healing process and reintegration into everyday life. 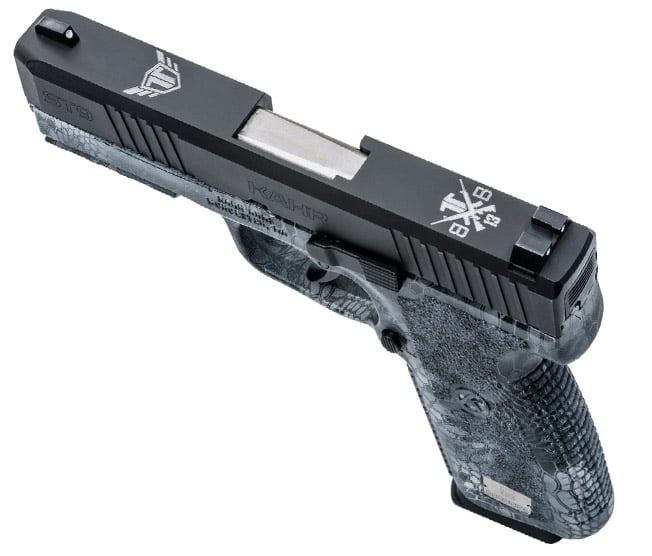 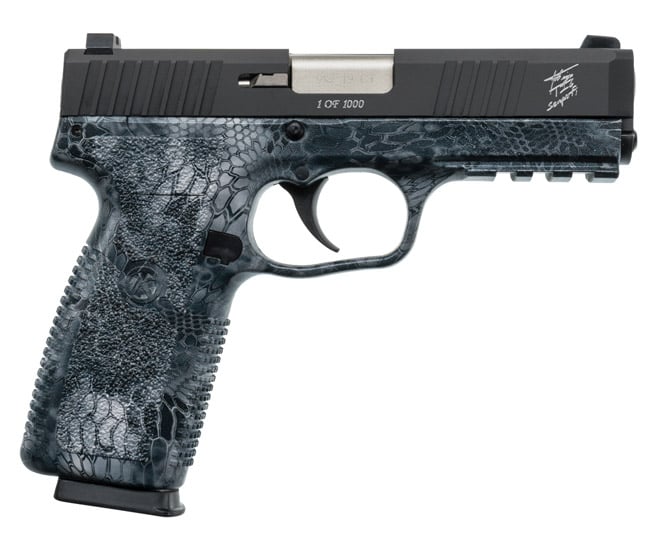