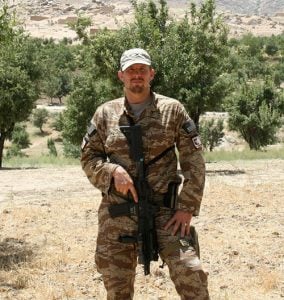 Greeley, PA – If you are attending the 146th NRA Annual Meeting and Exhibits in Atlanta, Georgia April 27-30, save the date of Saturday, April 29th to meet John “Tig” Tiegen in the Kahr Firearms Group booth. “Tig” will be in the booth from 2:00-4:00 that day signing his book: 13 Hours: The Inside Account of What Really Happened in Benghazi.

Tiegen, a former Marine Sergeant, Infantry Squad Leader, and an Annex Security Team member for CIA’s GRS (Global Response Staff) is most noted for his heroic role in the terrorist attack on September 11, 2012 when Islamic militants attacked the American diplomatic compound in Benghazi, Libya which killed four Americans. John has also received the Award for Heroism and Valor in recognition of his bravery.

Stop by the Kahr Firearms Group booth, number 3832, and meet John “Tig” Tiegen in person to shake his hand and thank him for his service. The NRA Annual Meeting, which brings together over 80,000 attendees and has over 800 exhibitors, is the largest NRA hosted event of the year. It is being held at the Georgia World Congress Center.