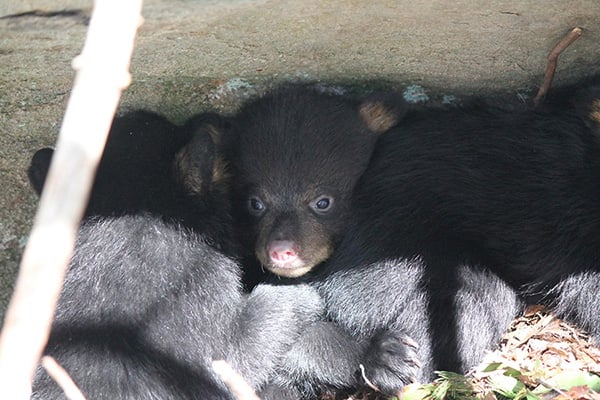 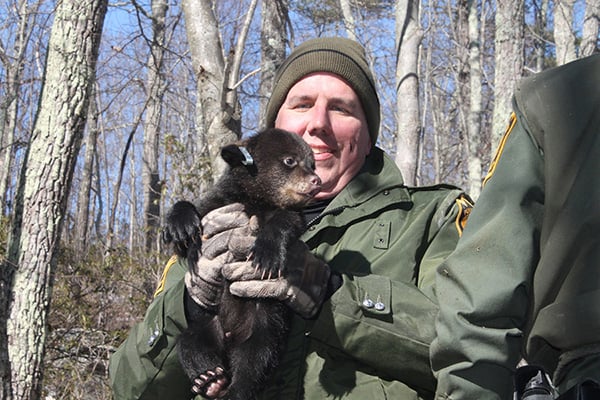 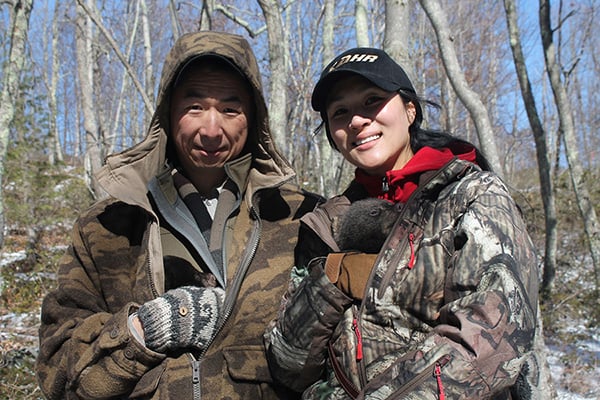 Pomona, NY – Last year, as things were just beginning to show signs of spring, Kahr Firearms Group stumbled across a bear den on their newly acquired 620-acre parcel of land. The den was home to a very underweight sow and one cub. That bear den was located just 400 yards from where the construction crew was about to begin with the excavation for the new Kahr Firearms Group offices in Pike County, Pennsylvania. The bear was tagged with a radio collar, tests were drawn on the bears, and they were returned to their den.

Now, it is one year later and the Pennsylvania Game Commission once again reached out to Kahr Firearms Group to gain permission to check on the status of the sow and her cub. Using tracking devices, they located the sow in a new den, just a little farther away from the ongoing construction site. Kahr is happy to report that this year, the sow is far healthier and she has expanded her family to 4 cubs. Unfortunately, there was no luck in locating the cub from last year. Game Officers believe that the cub from 2014 did not survive.

“The Pennsylvania Game Commission ran new tests on the sow and we were pleased to hear that Mama and her entire family were healthy after enduring the long, hard winter,” said Justin Moon, CEO of Kahr Firearms Group. “In 2013, when we purchased this land in Pike County, PA, one of the most appealing aspects was the vast wilderness it provided. We appreciate and respect that it is home to bears, coyotes, small game, and birds and hope that they all stick around when we move into our new headquarters in a couple months.”

The new Kahr Firearms Group corporate headquarters is expected to be finished in May of this year. Once the move is completed, they will close down all operations in New York. Their manufacturing plants in Pillager, Minnesota and Worcester, Massachusetts will remain in operation indefinitely.