Greeley, PA – USA based, Kahr Firearms Group are now officially Pennsylvanians. The firearms group ceremoniously cut the ribbon at the grand opening of their new headquarters on Tuesday, August 11th in Blooming Grove Township in Pike County. The construction was completed in just 19 months since breaking ground in May 2014.

The 40,000 square foot building is the new corporate headquarters and is considered “Phase I” in the construction. The building contains offices for the 20+ employees, warehousing and shipping, and also R&D Engineering. Plans for Phase II and Phase III are still in the development stage at this time.

The structure also houses two underground, 100-yard firing ranges. The underground ranges will be used exclusively by Kahr Firearms Group for testing and development of their extensive product lines and should not disturb nearby neighbors or the wildlife that call the 620-acre parcel home.

“We are very proud of the long and respected reputation of our three brands. We are also proud that our presence in the firearm industry supports the basic freedoms that each of us has because of the Second Amendment, but now is the time to focus on the future.” stated Justin Moon, Kahr Firearms Group CEO. “As we continue to expand our business in Pennsylvania, we look forward to bringing jobs to Pike County and also hope that we can convince other firearms industry companies to join us on this 620-acre property. Our job is far from over here.”

The plan for the new headquarters will also include a factory outlet retail store, likely to open sometime in 2016.

There are no plans at this time to close manufacturing plants in either Massachusetts or Minnesota, but starting sometime in 2016 some manufacturing and production will be conducted from the new Pike County location. 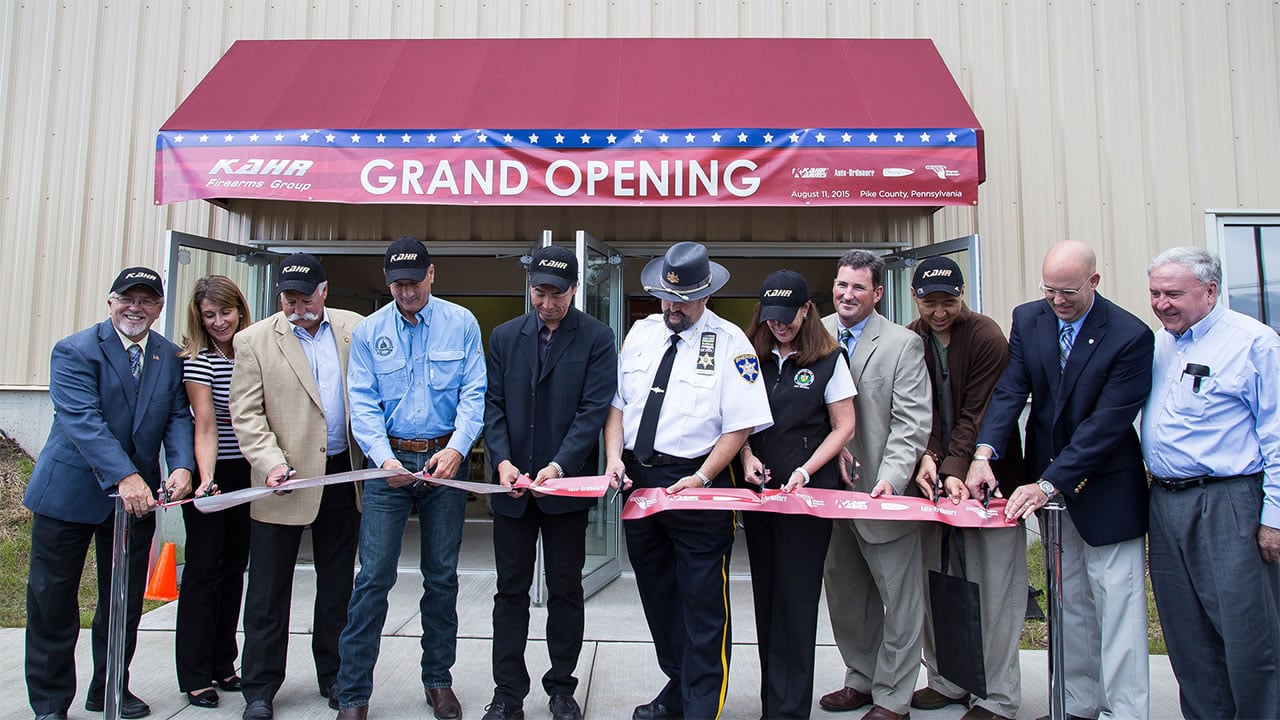