Both pistols feature a lock breech, modified Browning type recoil lug, and utilizes Kahr’s seven patents including the “safe cam” action found in all Kahr pistols. The result is a micro-compact pistol with very little recoil and quick follow-up shots. The pistols feature drift adjustable white bar-dot combat rear sight and a pinned-in polymer front sight. The high temperature ceramic Cerakote coating is a multi-step process which results in a durable finish that holds up well under normal use.

Both models are part of the Value Series Plus collection and is only being produced in limited quantities for a limited time only. The CW380 and the CT380 Cerakote Tungsten is sold with an extra magazine and polymer case at the same MSRP as their standard Value Series .380 at $419. 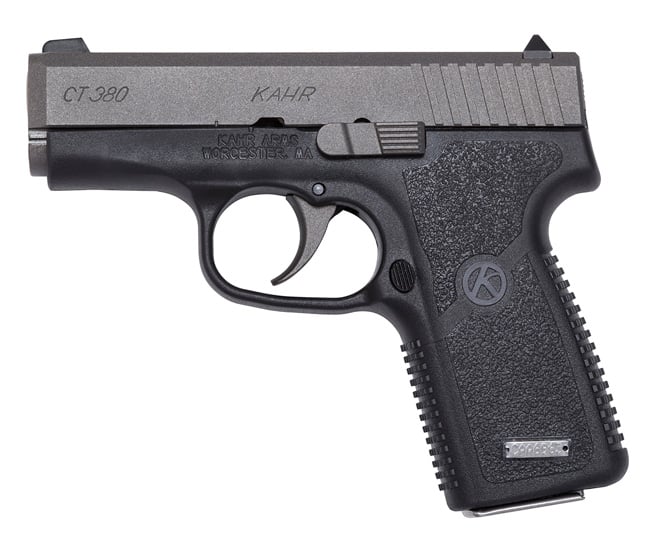